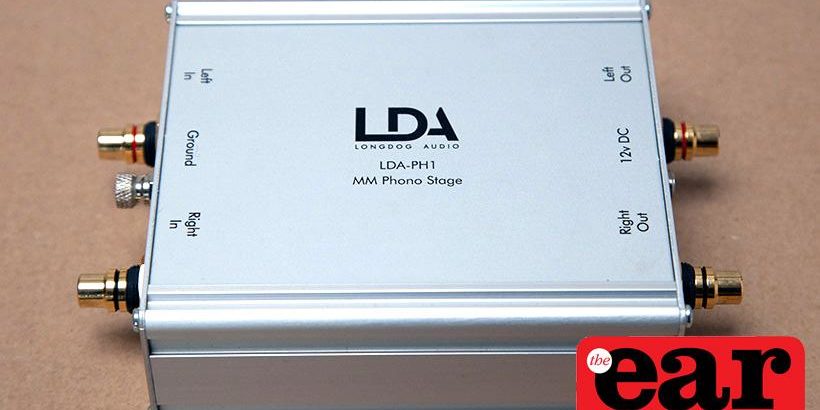 It’s an inconvenient fact of the vinyl enthusiast’s life that most turntables do not have a built in phono preamp or stage and equally that few integrated amplifiers offer such a feature today. In order to enjoy a turntable you need the extra amplification and equalisation that a phono stage provides, without one the signal is too small and tonally imbalanced to be used. Longdog Audio have a strong reputation for making great sounding and often valve powered audio electronics, we particularly like their VDT1 DAC and the Reference MM Phono Amplifierthat they make for Music First. But both of those cost thousands of pounds, the PH1 is less than £200, so what gives? 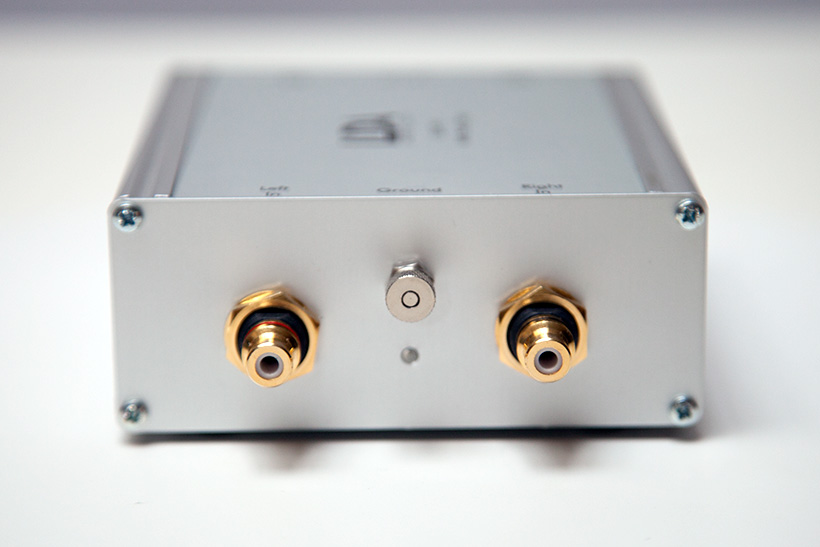 It’s not easy for the little guy to compete with the big brands whosescale of operation makes it much less expensive to create a given product. But there’s one way for David to have a chance against the various Goliaths and that’s to sell directly to the end user, cutting out the retail element, an approach that can save up to 50% in some cases. This is what Longdog Audio have done with this neat little phono stage, it’s not an elaborate box but you’ll notice that the connecting sockets are of a high standard and that fit and finish is better than most at the price.

The PH1 is a moving magnet phono preamp and, as is usual with the breed, has nothing in the way of adjustments, MMs rarely need them but some higher end MM/MC stages incorporate different capacitance settings for the more unusual cartridges. It comes with a basic 12 volt wall-wart power supply and is nicely put together in an extruded case with inputs and one end and outputs at the other. This the most efficient way to arrangement them but can be inconvenient because cables have to be connected at both ends so it needs to sit sideways on the rack. Finally, an earth point is provided for turntables that have a suitable connection. 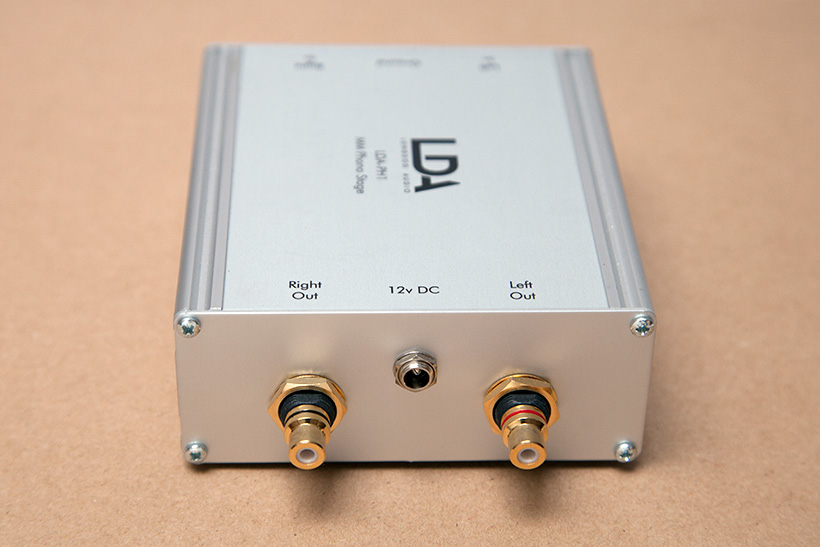 Inside it has an inductive filtering stage and active regulation for the incoming power, the equalisation and gain circuitry are built with precision components including film rather than the cheaper electrolytic type of capacitors. It offers the traditional 47kOhm input impedance that suits all moving magnet cartridges. One useful option with the PH1 is that Longdog makes a matching MC head amp (HA1) which can be used to amplify the output of a moving coil to a level where the PH1 can be used should you decide to upgrade in future.

I hooked up the PH1 to a Goldring 1042 on a Rega RP8 turntable and got a very enjoyable result with decent dynamics and good low-level detail retrieval while playing Joni Mitchell’s ‘The Wolf In Lindsey’ (Mingus), the echoes of her acoustic guitar remaining audible well down in the mix. The fabulous Chasing The Dragon recording of Vivaldi’s The Four Seasonswas rich and tonally ruddy, the character of the early instruments being easy to appreciate and the sense of a live performance very strong indeed. By the highest standards it could have a bit more dynamic range and better timing but that would be asking a lot at the price.

Moving magnets frequently seem to be more rolled off in the treble than MCs and that was the case here, but this doesn’t stop them being highly musical and engaging. Detail resolution suffers a little but there’s no problem with dense musical passages of the sort that can sound quite hard with digital sources. Imaging is good rather than great but there is plenty of ‘air’, that sense of openness that you get with good vinyl is easy to enjoy. The PH1 could be more refined which is hardly surprising, but it is remarkably transparent to detail especially at higher frequencies. I suspect that the refinement side of the equation would be markedly improved with a decent linear power supply, something that Longdog could probably supply given the range of supplies on their site. The other aspect that might improve is bass warmth and depth, the balance errs toward the lean side but this is only really apparent with comparisons against pricier alternatives.

For the money this is a great little phono stage, one that should knock alternatives from bigger brands into a cocked hat on performance and build grounds. You can’t try before you buy but you can return within 14 days for a full refund, which seems fair enough. It’s worth remembering that the phono stage is often the weakest link in a budget (and sometimes less budget) system and therefore it’s worth making sure that this crucial stage is done as well as possible, for this money I don’t think you can do much better.